What Is an OVI?

Charged with Drunk Driving? You Need an OVI Attorney.

If you were charged with driving under the influence of alcohol or drugs, you cannot afford to face the charges alone. An OVI conviction under Ohio law can ruin your driving record, your career, and your reputation. You need a DUI Lawyer or an OVI attorney who will protect your legal and constitutional rights. 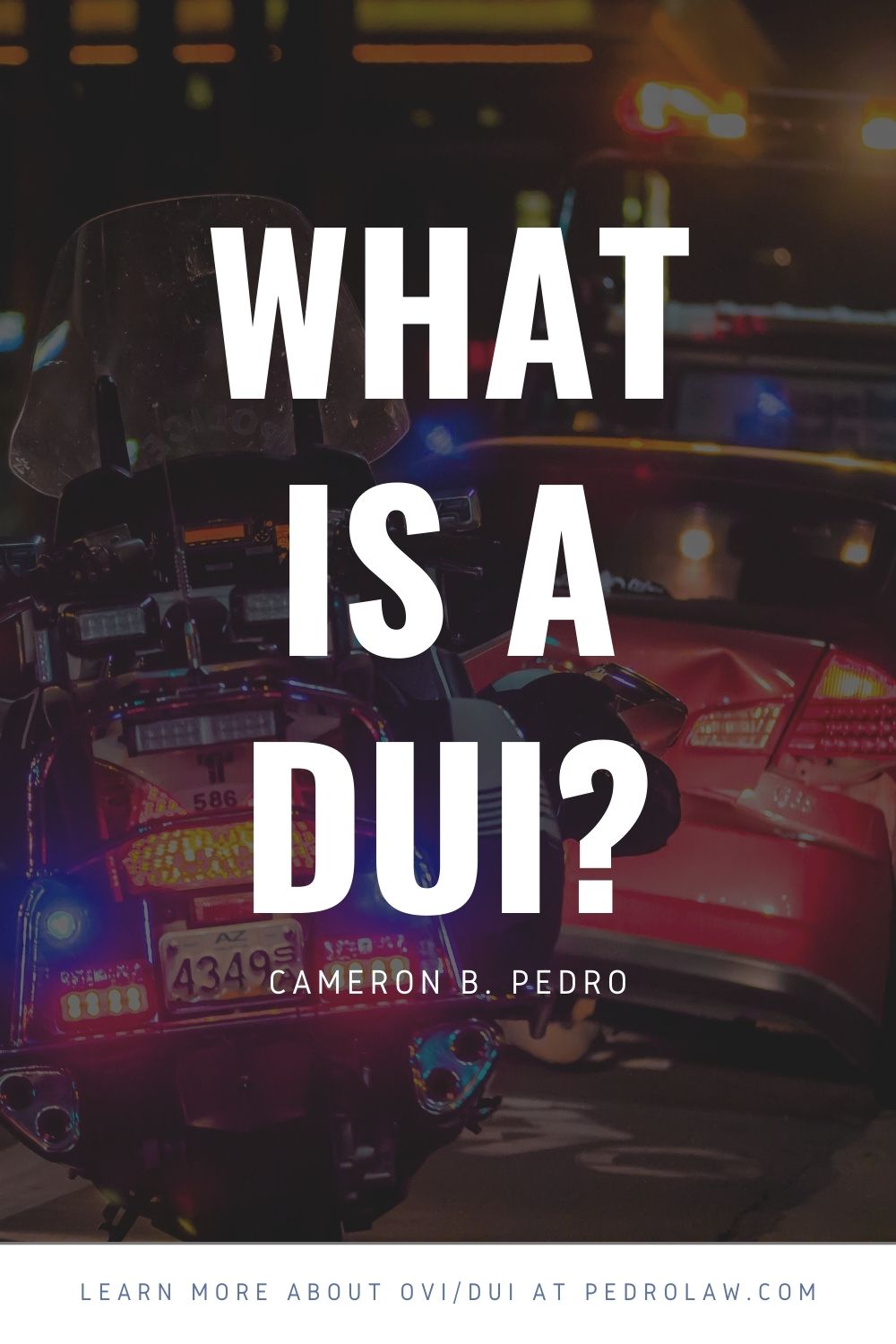 What Is an OVI?

An OVI is the abbreviation for “OPERATING a VEHICLE under the INFLUENCE of alcohol or drugs.” Because it comes from Ohio Revised Code section 4511.19, OVI is the technical term used by law enforcement and the Ohio courts for driving under the influence.

When someone discusses charges of DUI or DWI in Ohio, whether they know it or not they are actually talking about an OVI charge.

How Serious are OVI Charges?

When wondering what is an OVI, you might also be wonder how serious the charges are. Well, OVI charges are extremely serious. That is why it is so important for those in the Medina area to contact an OVI lawyer in Medina, Ohio following an arrest.

The penalties for an OVI conviction under Ohio law can include jail time, fines and fees, driver’s license suspension, and other discretionary punishments. Penalties may be even more severe where aggravating circumstances exist or a driver is a repeat offender.

OVI charges can also ruin an individual’s existing employment, future employment opportunities, and personal reputation. With so much on the line, you need the counsel of an experienced OVI attorney to help defend your rights in court.

How Can an OVI Lawyer Help You?

Whether you have just been charged with OVI or you are awaiting trial, it is never too early or too late to seek the expertise of an OVI lawyer. As with most legal matters, though, earlier is better. For that reason, contact an OVI lawyer as soon as possible if you are charged with driving under the influence.

An OVI lawyer will first and foremost protect an accused’s legal and Constitutional rights. This means ensuring that the arresting officer or officers acted within the confines of the Constitution when stopping, searching, and/or interviewing a driver. This also means reviewing evidence, analyzing breathalyzer or other relevant technology used in an OVI determination, and demonstrating when evidence and facts are insufficient for an OVI conviction.

In some circumstances, defeating an OVI charge may be unlikely. In those cases, an experienced OVI attorney lawyer can work to minimize the impact of an OVI conviction through plea bargaining, obtaining driving privileges during a suspension, and any other available means of mitigation.

Do not take an OVI charge lightly. Your future is at stake. Call Cameron B. Pedro, attorney at law, if you have been charged with OVI in Medina, Ohio, or the surrounding area.

What is an OVI?

DUI/OVI convictions have consequences beyond court-imposed penalties. A DUI conviction can have an impact of your personal and professional life for years to come.

A DUI conviction may render you ineligible to work for a present or future employer. Loss of a driver’s license may make keeping employment or personal commitments difficult or impossible. And the stigma of a DUI conviction can be difficult to erase in many social circles.

Combined with possible legal penalties of a conviction, the potential collateral consequences make it imperative that you contact an experienced DUI lawyer if you are charged with an OVI in Medina, Ohio.

A DUI Lawyer Can Defend Your Constitutional Rights

As with all cases involving an arrest, a defendant in a DUI case has Constitutional rights. This includes the right to a fair trial, the right to Due Process, the right to be free from unreasonable search and seizure, and the right to dispute the factual basis for prosecution.

To the layman, these protecting and enforcing these rights may seem impossible. That is why an experienced DUI lawyer is essential in defending against a DUI/OVI charge. A DUI attorney will review your case and defend your rights on multiple fronts. This includes both disputing the facts of law enforcement’s case, where appropriate, and ensuring that law enforcement officers acted within the strict confines of the Constitution.

The right attorney will work to minimize the impact of a DUI charge and, based on specific circumstances, can take your case to trial or negotiate a plea agreement on your behalf.

Attorney Cameron B. Pedro has built his practice on the belief that family always comes first. When your family needs help, he will be there. Schedule a free initial consultation.